The Alberta fires, which has resulted in the evacuation of Fort McMurray,  are extremely unusual this early in the warm season.  On Monday, the fires were quite evident on the NASA MODIS high resolution imagery (see below).  You will notice there are several smoke plumes from multiple fires. 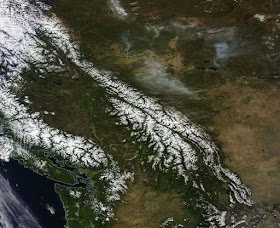 A close up from the Fort McMurray fires today is quite impressive, with dense smoke moving to the southeast. 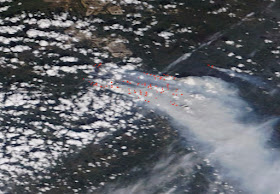 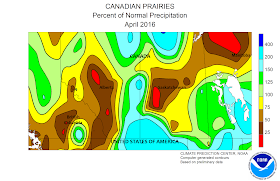 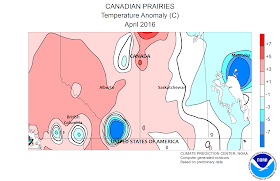 The proximate cause of all this warmth and dryness?   Here is the pressure (height) anomaly for the last 3 months in the midtroposphere (500hPa). You will notice very strong, small-scale, persistent area of high pressure (red color).   The same ridge that gave us a wet winter and warmth.

Why was the ridge there?  At this point it appears to be natural variability, but perhaps someone may find a connection with human forcing.  But that connection does not exist today.

El Nino (which is a natural cycle) could have contributed as well.  This year was one of the strongest El Ninos on record, and such events are highly correlated with warmer and drier conditions across the Canadian prairies.

The slow warming of the planet due to global warming from anthropogenically increased greenhouse gases surely made a modest contribution, but clearly natural processes did the heavy lifting setting up this event.  How do we know this?   Here is the springtime  temperature trend over the past 50-years from the excellent Goddard Institute of Space Studies surface temperature web site.  The Alberta area has had only a modest warming, roughly -.2-.5C.  This is much smaller that the observed anomaly of the past few months.   Much larger warming was observed over the Arctic, much of that associated with human forcing. 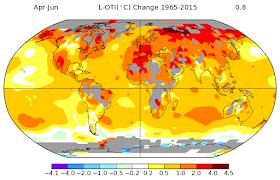 Finally, there is one other important element.   Suppression of fires over the years that has led to a very mature forest ready to explode.  So human mismanagement of the boreal forest is a major element in this situation.
Cliff Mass Weather Blog at May 05, 2016
Share