Start of the Northwest Wildfire Season: Lightning, Winds, and Grassoline

This week the Northwest wildfire season began, with a series of large grass fires on the eastern slopes of the Cascades (map below of current major fires). 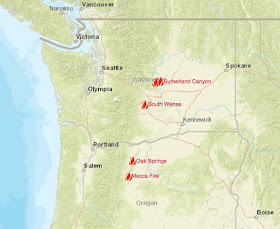 One fire, the Sutherland Canyon fire southeast of Wenatchee was quite large, reaching 47,000 acres this afternoon (see map below). 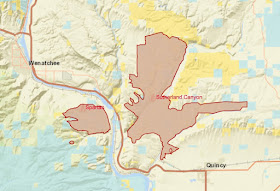 Yesterday's high resolution MODIS satellite imagery shows the smoke from the fire, which was mainly heading southeast towards Moses Lake. 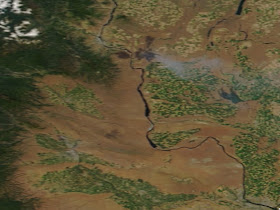 You can actually see the burnt area from space. Here are two images, one from earlier this week and one today.  The blackened area resulted from the fire. 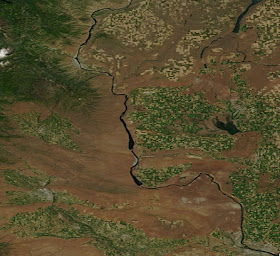 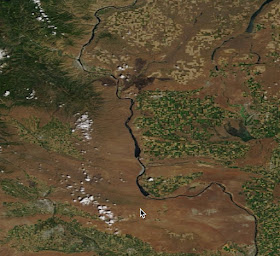 Meteorology had a lot to do with the fire....in fact, it was a classic set up.  We started with the building of high pressure over the region earlier this week that caused temperatures to surge and humidities to plummet.   Here are the temperatures over the past two weeks at Wenatchee.  Temperatures warmed towards a peak on Monday into the mid-90s.  And there was no rain during that period.

So there was considerable drying.

Then there was an initiator of fire:  lightning on Monday night as an upper level trough pushed through (see 500 hPa--around 18,000 ft--weather map at 8 PM)

Take a look at the lightning strike map for the 24 hr ending Tuesday at 1 AM.  You can see the band of lightning, associated with some modest thunderstorms, that ignited some of the grass around Wenatchee.  And started the other fires as well.

But there was something else:  strong winds that fanned the fires.   As the upper level trough went through, it brought cool air and high pressure into western WA/OR (see pressure and temperature map at 5 PM Monday). As a result, winds accelerated over the eastern slopes of the Cascades as illustrated by the forecast wind gust map for 8 PM Tuesday.

Such winds can really stoke a fire and cause it to rapidly spread.

And there is one more thing.   A bumper crop of dried cheatgrass, also known as grassoline.  Cheat grass is a non-native, invasive grass that has taken over the sagelands of much of the west.  It grows prolifically and crowds out the native grasses, which tend to grow in isolated "clumps".  Cheatgrass not only grows well, it tends to brown out much earlier than native grasses and is highly flammable. 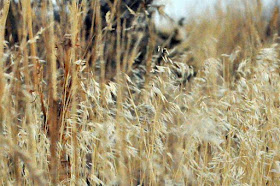 The spread of cheatgrass has made wildfires more severe in eastern WA, irrespective of global warming.  Similarly, poor forest practices and fire suppression on the eastern slopes of the Cascades has made forest fires far worse.

So we had hot, dry conditions, lightning to initiate the fire, strong winds to stoke it, and an ample and highly flammable fuel supply.  All the ingredients for major grass fires.

And a message for this weekend.... folks should avoid playing with fireworks east of the Cascade crest, since the potential for major grass fires is in place.
Cliff Mass Weather Blog at June 29, 2017
Share